Our city arose from the construction of the Ilha Solteira Hydroelectric Power Plant. Many workers, better known as “barrageiros”, decided to stay here with their families. The importance of the power plant and its workers is registered in monuments throughout the city. Visiting them is to know a little more about our history. It is great to realize how a great work of engineering can positively transform the place that receives it.

Check out some information about our main monuments and include them in your itinerary to see all this up close and take the opportunity to experience our history. 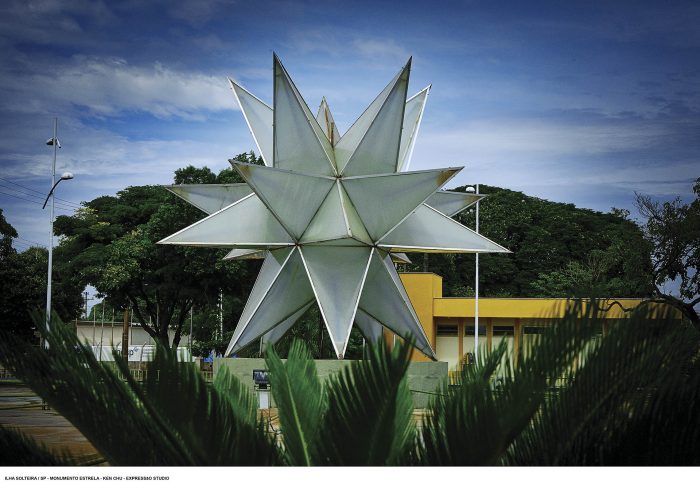 Estrela (Star): The twenty-pointed star represents the generating units of the Ilha Solteira Hydroelectric Power Plant. At night, it gets special lighting and looks even more beautiful.
Address: Avenida Brasil, Centro – near the Banco do Brasil bank.

Caixa D’Água (Water Tank): At 34 meters high, it has the shape of a cup and, besides supplying several houses, it is a visual landmark of the city. At the end of the year, it is fully lit and turns into a large Christmas tree.
Address: Avenida Brasil, Centro – near the Banco do Brasil bank.

Monument to the Power Generation: Made by celebrated artist Adélio Sarro, it is a tribute to the history, effort and sweat of those responsible for building one of the largest and most important hydroelectric power plants in Brazil. Recently inaugurated (in 2016), the monument represents the Ilha Solteira Hydroelectric Power Plant, the families of the “barrageiros” and the importance of energy for the development of the country.
Address: Av. Adriano Teruhiko Kishimoto (roundabout access to Ilha Solteira Hydroelectric Power Plant and Catarina and Marina Beaches) 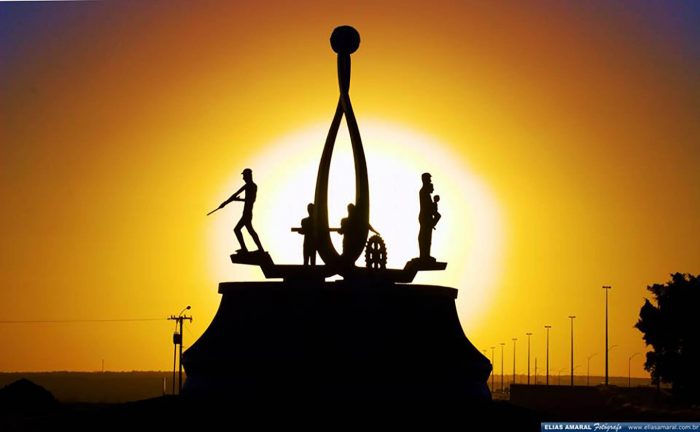 Monument to the “Barrageiros”: It symbolizes the workers who worked in the construction of the dam and demonstrates the human intelligence in being able to control the force of the water that, almost always, is indomitable.
Address: North entrance of the city in the Emancipation Square

Monument to the Emancipators: Gathers five statues raising a flag in honor of the citizens who fought for the emancipation of Ilha Solteira as a municipality.
Address: Av. Brasil Sul (near to Urubupungá school)